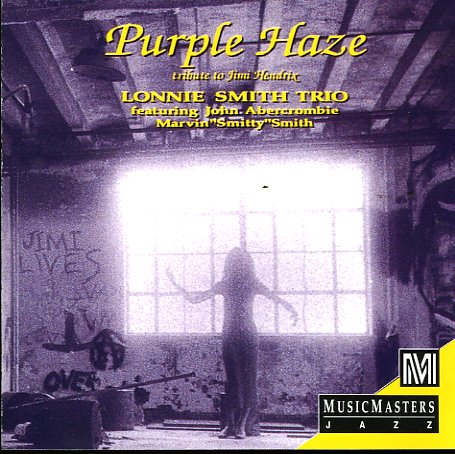 With John Abercrombie on guitar and Marvin "Smitty" Smith on drums. Tracks include "Voodoo Chile", "Gypsy Eyes", "Up From The Skies", and "Purple Haze–Star Spangled Banner".  © 1996-2021, Dusty Groove, Inc.
(Out of print. BMG Direct pressing.)

True Blue (Japanese paper sleeve edition – SACD)
Venus (Japan), 1998. Used
CD...$44.99
Great Shepp with a great group – a quartet that pairs Archie's amazing tenor with the piano of John Hicks! The album's one of the best of Archie Shepp's later ballad albums – and has a really standout feel, thanks to Hicks' warmer tones on the piano alongside Shepp's raspier notes. ... CD

Foxy Lady – A Tribute To Jimi Hendrix
Music Masters, 1994. Used
CD...$16.99
Jimi Hendrix, taken to the territory of funky Hammond jazz – thanks to a trio that features Lonnie Smith on organ and John Abercrombie on guitar! Abercrombie's lines aren't nearly as freaky and fuzzy as Jimi's, but the groove here is a really nice change – one that almost digs into the ... CD

Maracaibo Cornpone
Venus (Japan), 1978. Used
CD...$24.99
A cool 70s set from Japanese drummer George Otsuka – much more fusion-based than his work of the 60s, with some great help from an assortment of American and Japanese players! Many tunes have an angular, searching sort of feel – but there's also a nice dose of funk too, choppier ... CD