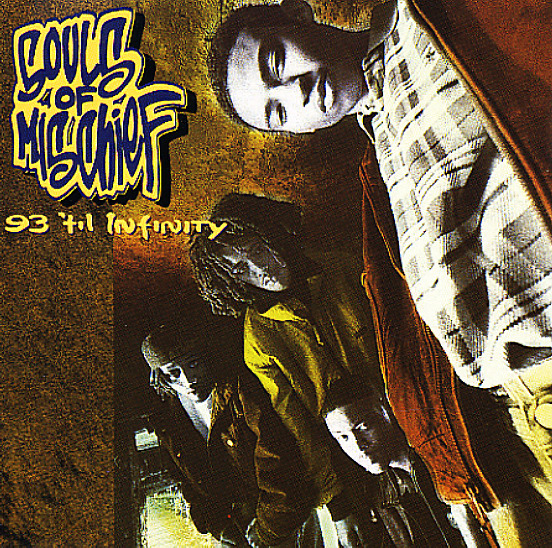 A record that may have the year 1993 permanently locked into its title – but a set that's got more than enough strength to survive strongly over the decades – the first great statement from Cali giants Souls Of Mischief, and a record that would set the tone for the Hiero Imperium scene for years to come! The set's filled with jazz inspired, headnodding boom bap production at its finest – topped with some of the finest ensemble rapping of the time, all at a level that breaks new lyrical boundaries with cuts that include "That's When Ya Lost", "Let Em Know", "Live & Let Live", "Make Your Mind Up", "A Name I Call Myself", "Disseshowedo", "What A Way To Go Out", "Never No More", "93 Til Infinity", "Limitations", "Anything Can Happen", "Make Your Mind Up", "Batting Practice", and "Tell Me Who Profits".  © 1996-2021, Dusty Groove, Inc.