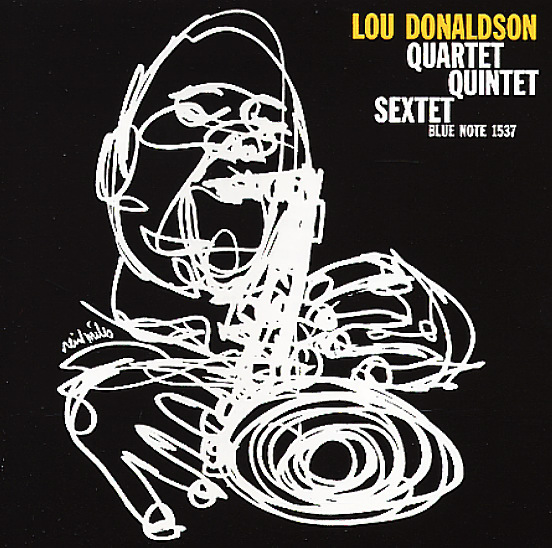 Great early material from Lou Donaldson – with a hard-hitting bop sound missing from his later work! The tracks are short, raw, and lively – and filled with the kind of pre-hardbop soul that Donaldson was infusing into jazz, along with other players on the material – like Horace Silver on piano, Art Blakey on drums, and Blue Mitchell on trumpet – all of whom make key early appearances here. The material is from rare 10" LPs – originally recorded in the early 50s, but packaged in a full album by Blue Note for the legendary 1500 series! Titles include "Moe's Bluff", "Roccus", "Sweet Juice", "Down Home", and "The Stroller".  © 1996-2021, Dusty Groove, Inc.
(Note: CD is missing back artwork in case – and is priced accordingly.)

Bass On Top (RVG remaster edition – with bonus track)
Blue Note, 1957. Used
CD...$8.99
One of the most obscure of the Paul Chambers albums on Blue Note – and one of the most interesting as well! Although best known for his solid rhythm work on late 50s hardbop recordings, Chambers breaks out here with a more introspective, more exploratory style on the bass – using the ... CD

Best Of The Three Sounds
Blue Note, Late 50s/Early 60s. Used
CD...$6.99
Great work from the Three Sounds – the classic Blue Note trio with Gene Harris on piano, Andrew Simpkins on bass, Bill Dowdy on drums. Tracks include "When I Fall In Love", "If I Were A Bell", "Summertime", "One For Renee", and "Willow Weep For ... CD

At The Cafe Bohemia Volume 2 (RVG remaster edition)
Blue Note, 1955. Used
CD...$6.99
A classic early set featuring the Jazz Messengers back when the group was less of an Art Blakey project, and more of an all-around affair – as you might guess from a lineup that also includes Horace Silver on piano, Kenny Dorham on trumpet, Hank Mobley on tenor, and Doug Watkins on bass! The ... CD