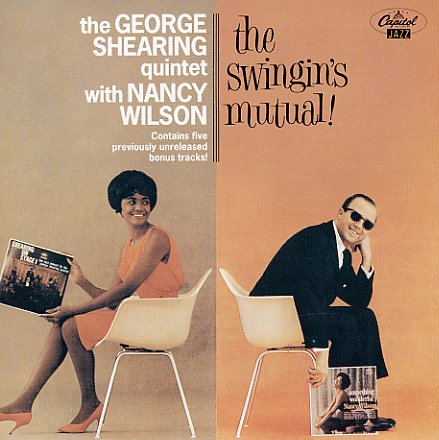 An album of mixed vocal and instrumental cuts, some with Nancy in the lead, backed by Shearing's combo, others with Shearing's group alone. The vocal tracks are quite nice jazz ones – and include "On Green Dolphin Street", "Born To Be Blue", "All Night Long", and "Let's Live Again". Shearing's backing is pretty nice, and gives Nancy's style a really moody feel that's different than her pop work! The CD contains 5 previously unreleased bonus tracks, including "Evansville", "My Gentleman Friend", and "Whisper Not".  © 1996-2021, Dusty Groove, Inc.
(Out of print.)