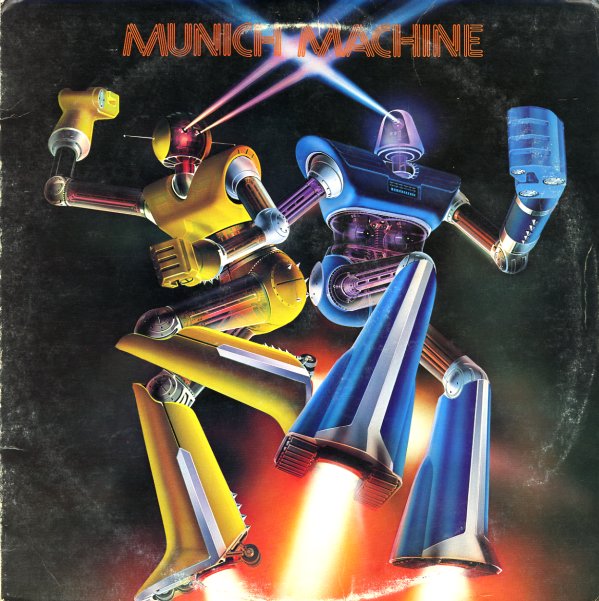 A self-titled set from the mighty Music Machine – a studio ensemble who were as important to the sound of European club music in the 70s as Instant Funk and MFSB were to the Philly scene in the US! The Machine features a host of players who'd previously backed Donna Summer and other Giorgio Moroder projects, stepping out here as an act on their own – grooving tightly with the kinds of stretched-out disco modes that Moroder really helped pioneer, graced by some excellent keyboards from Thor Baldursson! Most cuts have some sort of chorus vocals – sung by Madeline Bell, Sue Glover, and Sunny Leslie – and titles include the extended "Get On The Funk Train", a short remake of "Love To Love You Baby", and the cuts "Spring Affair", "Trouble Maker", "Try Me I Know We Can Make It", and "I Wanna Funk With You Tonight".  © 1996-2021, Dusty Groove, Inc.
(Cover has light wear.)