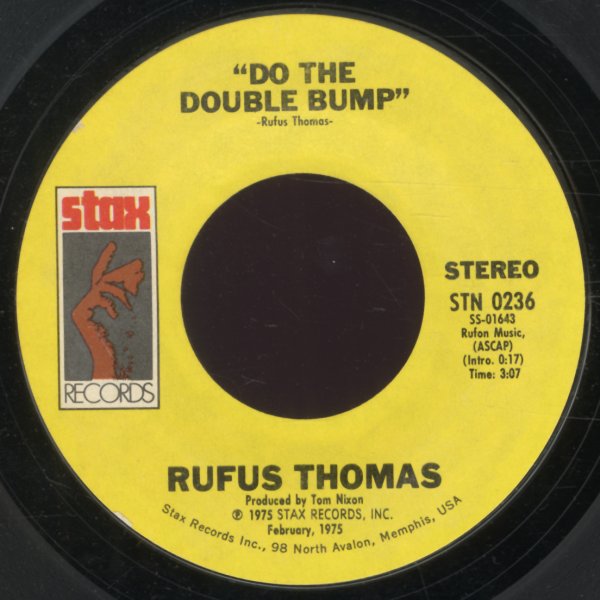 Do The Double Bump (short, long)

Late funkiness from Rufus – a mixture of Memphis groove and boogie, with many of the same elements of his famous funky tunes – including some nice drums that snap on the intro, and a bass part that flips around a lot at the beginning! More "bump" than straight funk, but still nice!  © 1996-2021, Dusty Groove, Inc.