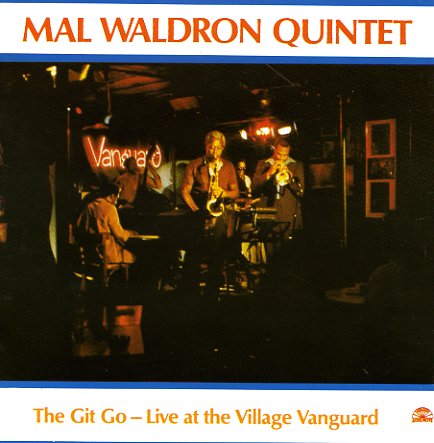 A hell of a great set from Mal Waldron – quite spiritual, thanks to a great group and a really open-ended format! Waldon's playing here with Woody Shaw on trumpet, Charlie Rouse on tenor and flute, Reggie Workman on bass, and Ed Blackwell on drums – all players who need no introduction at all, and who help Waldron hit some of his most powerful sounds on record for the 80s! Each track takes up a side of the album, and the set features plenty of great horn work from Rouse and Shaw. Titles include "Status Seeking" and "The Git Go".  © 1996-2023, Dusty Groove, Inc.

Crowd Scene
Soul Note (Italy), 1989. Used
CD...$11.99 18.99
Mal Waldron's working here with some tremendous help on horns – Sonny Fortune on alto sax and Ricky Ford on tenor – both players who really bring a lot to the album! The set features two long tracks – each taking up a side of the record – and both numbers have a rhythmic ... CD

One Time Out
Soul Note (Italy), 1989. Used
CD...$18.99
A really great, really creative trio from drummer Paul Motian – quite different than his work of the 60s or 70s, but equally exciting too! The lineup features guitarist Bill Frisell and tenorist Joe Lovano next to Motian's drums – and each player is allowed such individuality, that on ... CD