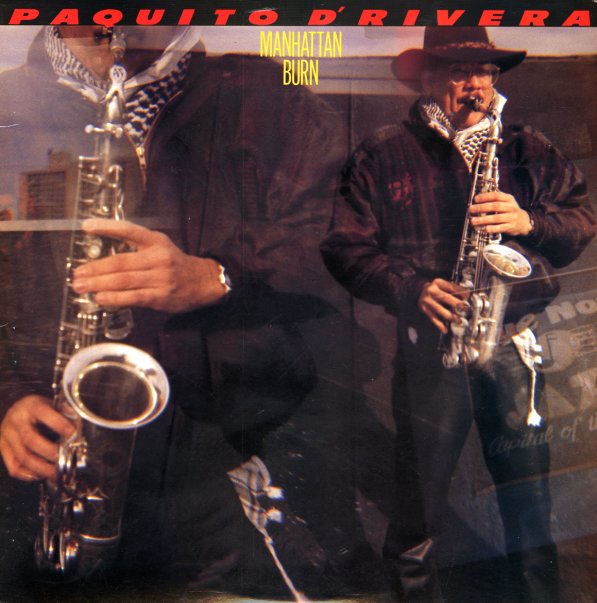 With Claudio Roditi on trumpet and flugelhorn, Fareed Haque on acoustic and electric guitar, Daniel Freiberg on acoustic and electric guitar, Sergio Brandao and Paul M Socolow on electric bass, Ignacio Berroa on drums, Ricardo Eddy Martinez on synthesizers, and Sammy Figueroa, Daniel Ponce, and Ciro Baptiste on percussion. Titles include "Manhattan Burn", " For Leny (Andrade)", "Guataca City (For David Amram)", "Paquito", "Paquito's Samba", " Feelings Of The Heart", "Two Venezuelan Waltzes", "A Lo Tristano", and "All The Things You Are".  © 1996-2022, Dusty Groove, Inc.
(Includes the printed inner sleeve. Cover has a cutout hole, but is great!)

Journey To Love
Columbia, 1975. Near Mint-
LP...$7.99
Stanley Clarke may be on a journey to love – but that doesn't mean that the album's too sweet or romantic! Many tracks here still have the harder edge and sharper lines you'd expect from Clarke's key 70s fusion reputation – the kind of rock-influenced styles that crossed over big at ... LP, Vinyl record album

Splendido Hotel
Columbia, 1980. Very Good+ 2LP Gatefold
LP...$7.99
Guitarist Al Di Meola works here to really live up to the "splendido" title of the album – majestically bringing together all the best elements and influences he worked with in the 70s – including his love of Spanish guitar! The album's got this great balance of acoustic and ... LP, Vinyl record album

Drum Suite
Columbia, 1956/1957. Very Good-
LP...$19.99
An incredible early experimental album from Art Blakey – one of the first to feature him in expanded percussion format! Side one of the album features the extended "Drum Suite" – a set of 3 tracks ("The Sacrifice", "Cubano Chant", and "Oscalypso") ... LP, Vinyl record album

Elaborations
Columbia, 1982. Near Mint-
LP...$6.99
A beautiful moment in which the loft jazz generation really got a chance to shine in the mainstream – and mostly without any sense of overdone attempts at commercialization! The album's a great summation of all the ideas that reedman Arthur Blythe was cooking up in the 70s underground – ... LP, Vinyl record album