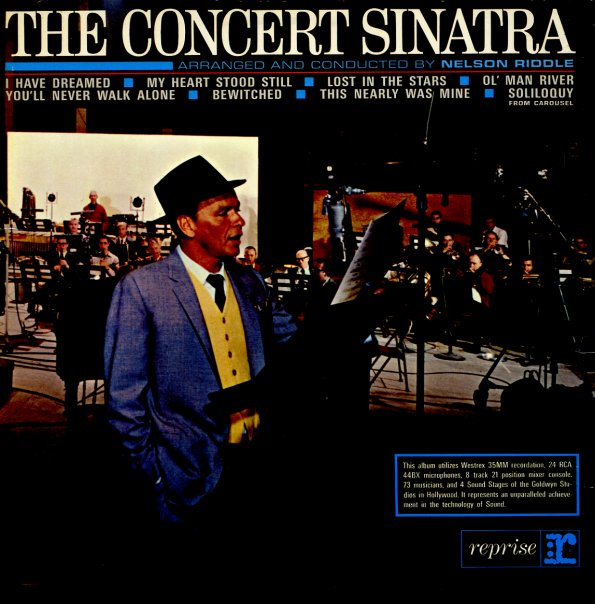 A real standout from Frank Sinatra's years at Reprise – an album that shows the singer working at the full height of all his vocal and emotional powers! The set's not the live album you might guess from the title – and instead, the "concert" setting means that Nelson Riddle uses a very full orchestra on the date – giving Sinatra this wonderfully rich sound that provides the perfect showcase for heartfelt, thoughtful readings of tunes from big shows. One of our all-time Sinatra favorites is the album's sublime reading of "Soliloquy" from Carousel – some of Frank's best acting on record – and other tunes include "Lost In The Stars", "My Heart Stood Still", "Bewitched", "This Nearly Was Mine", and "I Have Dreamed".  © 1996-2022, Dusty Groove, Inc.
(Tri-color stereo pressing.)

Love Is A Kick
Columbia, Late 40s. Very Good+
LP...$6.99 9.99
Love is definitely a kick in the hands of Frank Sinatra – especially when handled by some swinging gems from his early years at Columbia Records! This collection's a bit more upbeat than some of the full albums that Columbia issued of earlier singles in the 50s – and focuses on the ... LP, Vinyl record album