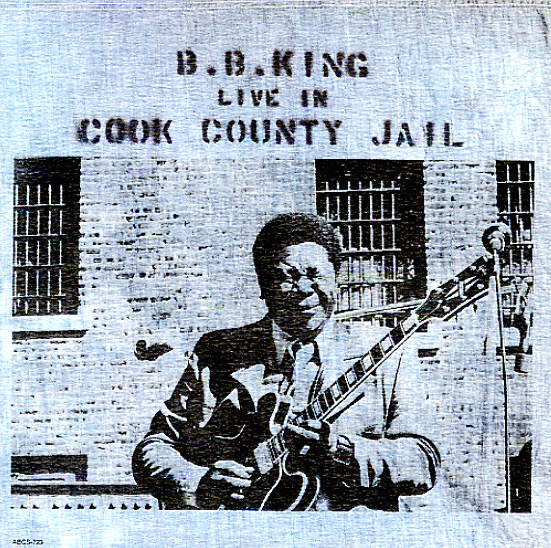 BB King live at the Cook County Jail in Chicago – and given the amount of great live shows going on in the institution during the early 70s, the jail must have been one hell of a place to be incarcerated! This classic features BB King entertaining the prisoners with a wickedly sharp blues set – done, like most prison live shows, with an edge that's often missing from more conventional concerts – plenty gritty, both on the vocals and guitar, with a sound the Chicago audience must have loved! Titles include "How Blue Can You Get", "Worry Worry", "Sweet Sixteen", "The Thrill Is Gone", "Please Accept My Love", and "Every Day I Have The Blues".  © 1996-2021, Dusty Groove, Inc.
(Mid 70s yellow label pressing. Cover has ring and edge wear and a half split top seam.)