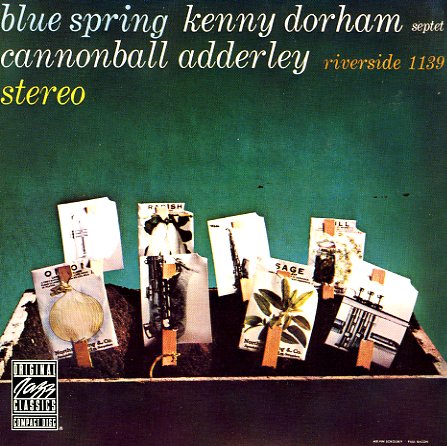 A pretty warm and lyrical set by Kenny – accompanied here by a larger group that includes Cecil Payne, David Amram, and Cannonball Adderley on horns, plus a young Cedar Walton on piano. Dorham wrote 4 of the album's tracks, and they provide a perfect showcase for his polished trumpet style. Titles include "Spring Cannon", "Blue Spring", "Poetic", and "Passion Spring".  © 1996-2021, Dusty Groove, Inc.
(Out of print.)

New Jazz Conceptions
Riverside/OJC, 1956. Used
CD...$7.99
Bill Evans' first album as a leader – and a well-titled set that went onto transform the sound of the piano in jazz! The session isn't as lyrically free as some of Evans' later classics, but already has an undeniably fresh approach to the keys – one that's modern, yet never academic ... CD

Sunset To Dawn
Muse, 1973. Used
CD...$12.99
Sublime 70s work from Kenny Barron – a record that really has him stretching out strongly from his roots in the 60s, and sounding almost even more inventive than on some of his later material as well! Kenny's playing a fair bit of keyboards on the set – showing a wonderful sensitivity ... CD