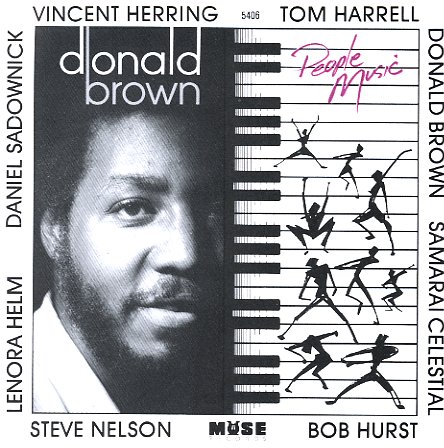 The cover's black and white, but the album's filled with wonderful colors in sound – a bold array of work from pianist Donald Brown – working here with a hip lineup that includes Vincent Herring on alto and soprano sax, Tom Harrell on trumpet, and Steve Nelson on vibes! Nelson's sharp, chromatic tones really bring a lot to the record – and they're nicely balanced by Brown's work on the keys – sometimes soft and soulful, other times bold and modern – pulling all players along in his sweep. Titles include "Booker T", "Reruns From The 60s", "Prism", "Gaslight", and "The Biscuit Man" – and the album also includes the warmly grooving vocal tune "I Love It When You Dance That Way", sung by Lenora Helm.  © 1996-2021, Dusty Groove, Inc.
(Out of print.)