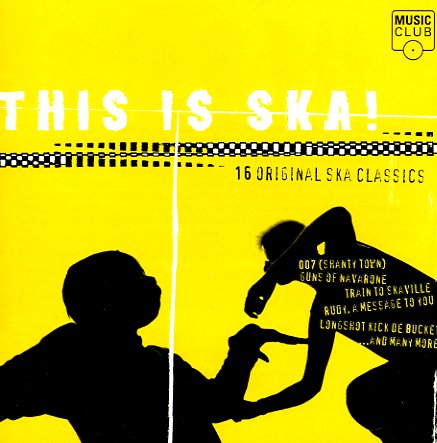 This Is Ska! – 16 Original Ska Classics

Exodus (with bonus tracks)
Island, 1977. Used
CD...$2.99 (CD...$12.99)
Maybe the best place to start if you're looking to dive into the short but incredible legacy of music left behind by Bob Marley – as the album marked a real global turning point for the singer, and includes a number of tracks that are still his standout classics after all these years! The ... CD

Babylon By Bus
Island, 1978. Used
CD...$2.99
A classic double live album from Bob Marley & The Wailers – presented and packaged at a level that's really a cut above the usual set of that nature from the time! The group's in excellent form in a concert setting – and there's more than enough magic here to warrant the extended ... CD

Exodus – Deluxe Edition
Island, 1977. Used 2 CDs
CD...$12.99 (CD...$2.99)
Maybe the best place to start if you're looking to dive into the short but incredible legacy of music left behind by Bob Marley – as the album marked a real global turning point for the singer, and includes a number of tracks that are still his standout classics after all these years! The ... CD

Zungguzungguguzungguzeng!
Greensleeves (UK), 1983. Used
CD...$8.99
Yellowman gets help from a prime early 80s lineup: Junjo Laws directing Roots Radics and Hi Times at Channel One, plus Fathead on the mic too! 10 tracks in all: "Zungguzungguzungguzeng", 'The Good, The Bad & The Ugly", "Dem Sight The Boss", "Can't Hide From ... CD