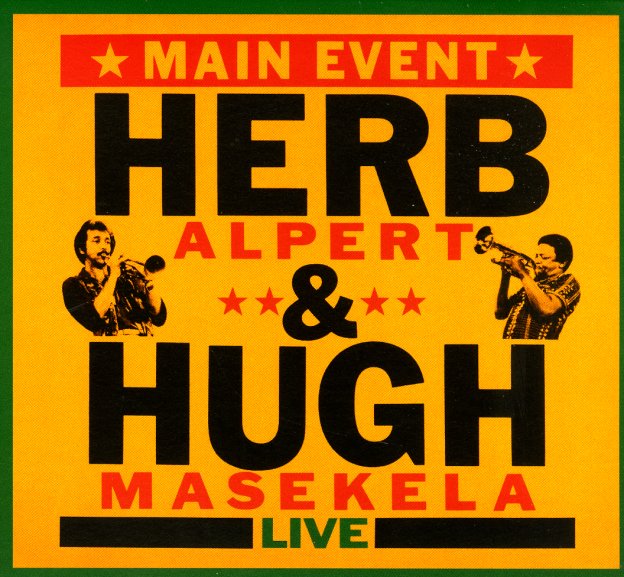 Masterful live set by Herb Alpert and Hugh Masekela – recorded at The Roxy in LA in 1978! Both their studio record from the same year and this massive live recording work incredibly well – as they're both geniuses and blending distinctive global influences – but they really cook in this live session in a way that's smoothed over a bit in the studio! Herb is on trumpet and Hugh is on flugelhorn – and the group features Mosa Jonas Gwangwa on trombone, with Larry Willis on keys, Arthur Adams and Jeff Sigman on guitars, Manola Badrena on percussion, Buddy WIlliams on drums and David Williams on bass,. Includes "Foreign Natives", "People Make The World Go Round", "Besame Mucho", "Mama Way", "Kalahari Nights", "Shame The Devil", "Mama Way" and "I'm Comin' Home".  © 1996-2021, Dusty Groove, Inc.
(Includes the printed inner sleeve. Cover has light wear.)