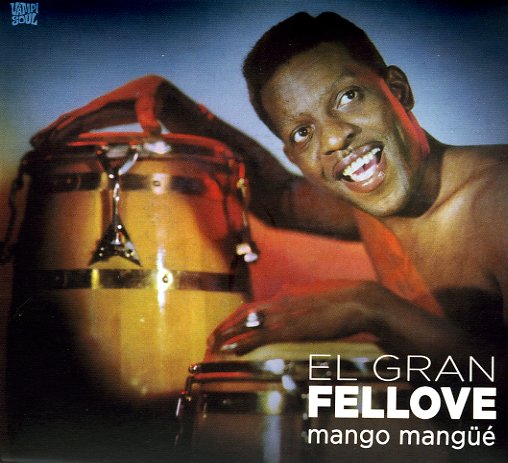 One of the first international collections to showcase the genius of Francisco Fellove Valdes – a singer and percussionist who first rose up on the scene in Havana in the 50s, but who made an undeniably strong contribution to the Mexican scene of the late 50s and early 60s – with the sort of material showcased in this set! Fellove's got a very unusual style of singing – influenced a bit by scatting in jazz, but also given more of the prouder, louder calls that you'd hear on an Afro Cuban jam session – a great balance with the heavy percussion and jazzy instrumentation used on these tracks, almost all of which were recorded for RCA down in Mexico. The track selection is wonderful, and the notes do a great job of introducing the world to this sometimes-overlooked figure in Latin music – presented here with 21 tracks that include "Mango Mangue", "Baile Mi Rumba", "Te Quiero Corazon", "El Yoyo", "San Jose", "Alejate De Mi", ""Mata Siguaraya", "Baile El Minuet", "Baila Mi Guapacha", and "Guapacheando".  © 1996-2021, Dusty Groove, Inc.