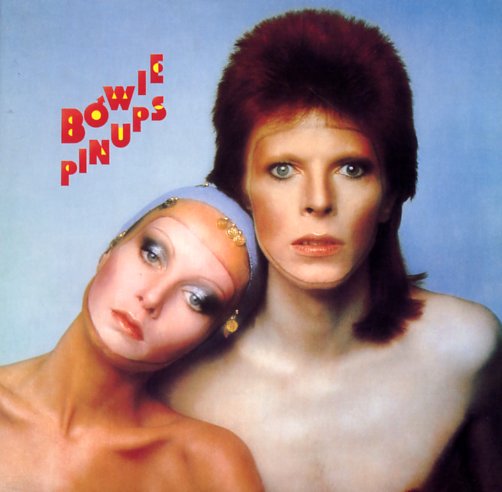 A key blend of two chapters in David Bowie's career – his guitar-heavy groove with the Spiders From Mars, and his 60s roots in mod London! The tracks here all date from the mid 60s, and are Bowie's homage to that period in his life – but they're all played with a glammish 70s sensibility, and some definite Ziggy Stardust elements in the way the guitars come into the mix. Given Bowie's rise as a key songwriter of his time, the step back to an album of all covers is a surprising, but genius move – and the execution of the tunes here comes off brilliantly – with plenty of personal spirit that keeps them from being simple rehashes of hits! Tracks include "See Emily Play", "Friday On My Mind", "I Can't Explain", "Everything's Alright", "Don't Bring Me Down", "Shapes Of Things", and "Here Comes The Night".  © 1996-2021, Dusty Groove, Inc.
(Later black label pressing, AFL1-0291. Cover has some ring & edge wear.)