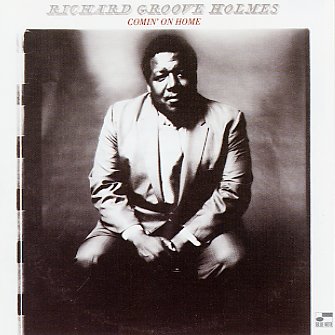 A killer from Groove Holmes – one of his rarest albums ever, a one-off session recorded for Blue Note, with a group that includes a young Weldon Irvine! Weldon was a hip up-and-comer at the time – and he not only plays electric piano on the set, but contributes some of the album's best tracks. The mix of electric piano and organ makes for a very unusual sound – one that gets a nice kick from the conga/drum rhythm section, mixed in with electric bass and guitar. Includes the classic "Groovin For Mr G", an early version of Irvine's "Mr Clean", a funky version of "Theme From Love Story", and the cuts "Don't Mess With Me", "This Here", "Wave", and "Down Home Funk".  © 1996-2021, Dusty Groove, Inc.
(Out of print.)

Street Funk & Jazz Grooves – Best Of Grant Green
Blue Note (France), Late 60s/Early 70s. Used
CD...$4.99
Although Grant Green started the 60s recording for Blue Note in a soulful churchy kind of groove, he ended the decade recording some great funky albums, most of them with a tight hard groove, of the sort of Idris Muhammad-ish rhythm track that was dominating the soul jazz scene at the time. This ... CD