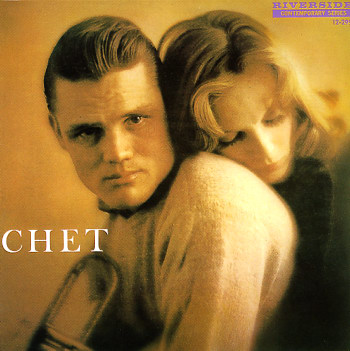 One of a handful of late 50s albums that Chet Baker recorded for Riverside – all of which are some of his last great 50s work in the studio, before a shift in the 60s to a wider-ranging approach to his music! The style here is definitely in the "classic" Baker mode set down for Pacific Jazz – but a bit more fleshed out by the other players in the set – who seem to push a bit more personality into the tunes, and not just let Chet's trumpet dominate. The sound is soft and gentle – as you'd expect from the title – and other players include Bill Evans, Pepper Adams, Kenny Burrell, Paul Chambers, Connie Kay and Philly Joe Jones – all bringing a bit of a New York undercurrent to the west coast Baker solo style. Titles include "How High the Moon", "It Never Entered My Mind", "If You Could See Me Now", "You'd Be So Nice To Come Home To", "Time On My Hands", and "You And The Night And Music". CD features 1 bonus track – "Early Morning Mood".  © 1996-2022, Dusty Groove, Inc.