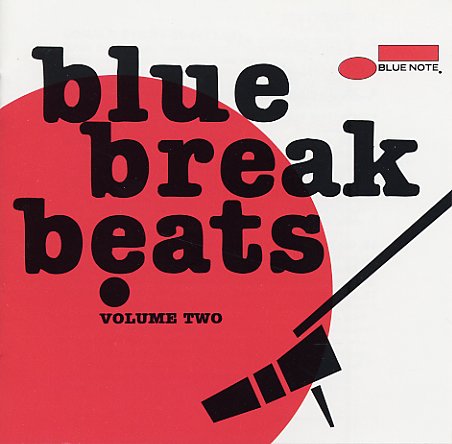 A really wonderful collection of grooves that first came to light in the 90s – one that had the Blue Note label digging back in their catalog and completely re-thinking their approach to reissues – given the new popularity of jazz in the hip hop sample world! As you'd guess from the title, the music here is very strongly oriented in the mode of "breaks", or tracks that were sampled for later hip hop and club recordings – classic jazz tunes from the glory days of Blue Note that have gone onto live again, thanks to the keen ears and inventive work of more contemporary DJs and producers. After all these years, The Blue Breakbeats series still stands as one of the best illustrations of the funkier side of the label – and titles on this second volume include "Orange Peel" by Reuben Wilson, "Higga Boom" by Gene Harris, "Jasper Country Man" by Bobby Humphrey, "Good Humor Man" by Blue Mitchell, "Ain't It Funky Now" by Grant Green, "The Kumquat Kids" by Eddie Henderson, "The Phantom" by Duke Pearson, "Spinning Wheel" by Lonnie Smith, "Ummh" by Bobby Hutcherson, "The Worm" by Jimmy McGriff, "The Caterpiller" by Lou Donaldson, "Pot Belly" by Lou Donaldson, "Beale Street" by Donald Byrd, "Viva Tirado" by Gerald Wilson, and "Street Lady" by Donald Byrd.  © 1996-2022, Dusty Groove, Inc.
(Out of print.)