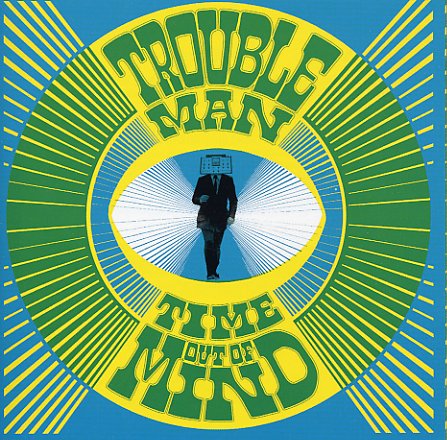 The debut set from Troubleman – aka Mark Pritchard – a name you may know from countless remixes over the past few years, now finally stepping forth with his own work! The set's got a definite Brazilian influence – as you'd expect from all the Troubleman work on the Far Out label – but there's also a much stronger London vibe running through the set – not just in the cosmic broken style of recent years, but also an expansive trippy mode that seems to hearken back to the heady days of late 60s experimentation! The sound's a lot fresher than we might have even hoped for – as Mark changes things up nicely track to track, and throws in a few mellow numbers that have him really moving past his initial dancefloor appeal. Filled with nice instrumentation, too – and titles that include "Have A Good Time", "Paz", "The Righteous Path", "Lonely Girl", "Change Is What We Need", "Toda Hora", "Roll On", "Time Out Of Mind", and "Without You".  © 1996-2020, Dusty Groove, Inc.
(Includes slipcase.)

Slow Burner
Far Out (UK), 2011. Used
CD...$6.99
Not a slow burner, but a real cooker – served up here by a sweet London combo with a great mix of spiritual jazz and sweeter soul! Sean Khan leads the group, and plays some mighty sharp-edged alto and soprano sax – and other instrumentation includes Fender Rhodes, bass, and drums ... CD