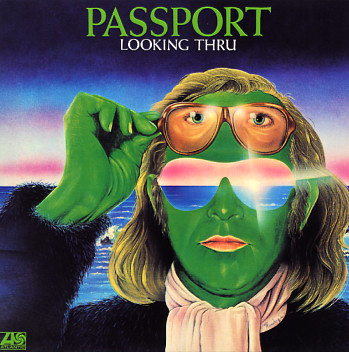 A cosmic leap forward for Passport – a record that's even more keyboard-heavy than some of the group's earlier work, and which stretches out in a spacey sound that's very much in keeping with the cover! The keys here are handled by (yet again) another new player in the group – Kristian Schulze on Fender Rhodes and organ, who seems to play with a tone and a ringing clarity that's a great counterpart to Klaus Doldinger's rich tones on tenor and soprano sax – brighter than before somehow, and with a focused groove that only further intensifies the sound the group explored on their first few records. Titles include "Eternal Spiral", "Rockport", "Looking Thru", "Tarantula", "Ready For Takeoff", and "Things To Come".  © 1996-2021, Dusty Groove, Inc.
(US Atco pressing.)