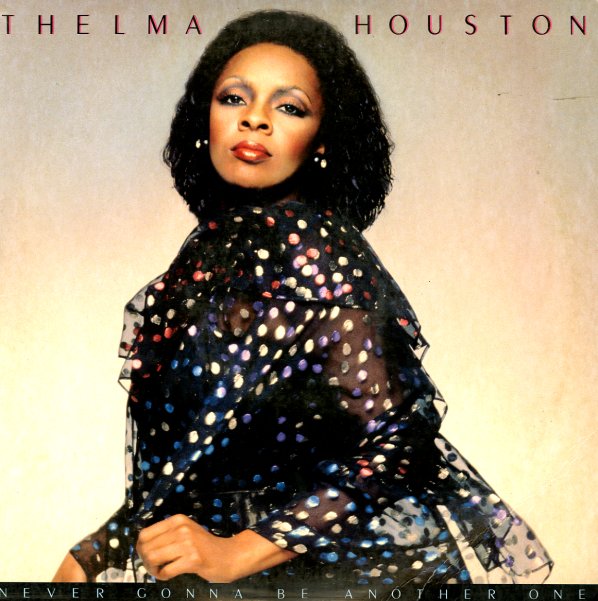 Never Gonna Be Another One

A great 80s groove from Thelma Houston – a set with arrangements that are leaner and meaner than before, still topped with those amazing soul diva vocals! Arrangements on the set are handled by George Tobin & Mike Piccirillo – who really give the album a nice sort of focus – groovers that shake off some of the disco styles of earlier years, balanced with a few ballads that help Houston slide nicely into some crossover territory too! Titles include "If You Feel It", "Never Give You Up", "Don't Make Me Over", "Hollywood", "Too Many Teardrops", "Never Gonna Be Another One", and "96 Tears".  © 1996-2021, Dusty Groove, Inc.
(Cover has a half split top seam and some writing in pen on front.)