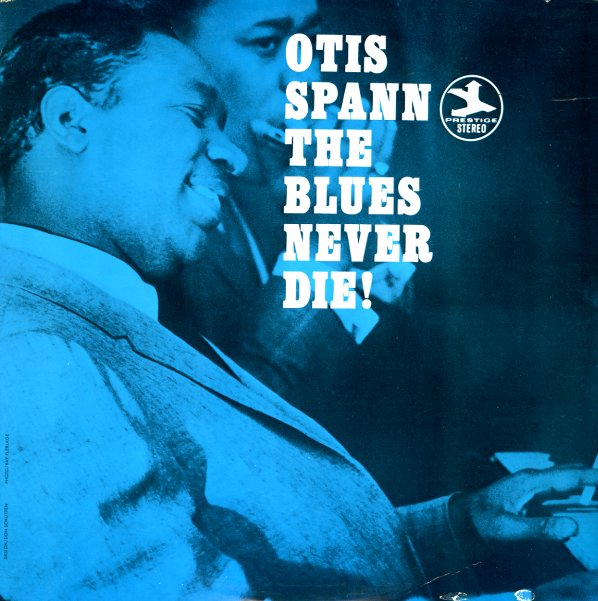 Great small combo blues from Chicago – with Spann on piano and vocals – plus James Cotton on harmonica and additioanl vocals, and both James Madison and "Dirty Rivers" (aka Muddy Waters) on guitar!  © 1996-2022, Dusty Groove, Inc.
(Green label pressing in a blue cover. Cover has ring and edge wear, split spine, and some wrinkles in back.)

Walking The Blues
Candid, 1960. Very Good+
LP...$24.99
One of the few non-jazz sides recorded for the short-lived Candid label – featuring Spann on piano and vocals, Robert Lockwood Jr on guitar, and James Oden on vocals. Titles include "It Must Have Been The Devil", "Otis' Blues", "Going Down Slow", "This Is ... LP, Vinyl record album

Some Of My Best Friends Are The Blues
Prestige, 1964. Very Good+
LP...$9.99
Great arrangements from Benny Golson – and titles include "Who's Sorry Now", "I Never Will Marry", "I Wanna Be Around", "One Last Chance", "Happy Blues", and "You're Next". LP, Vinyl record album