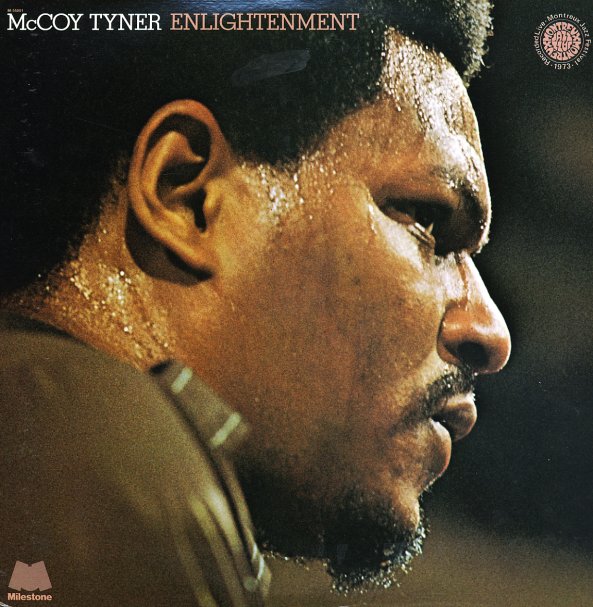 A pretty great little live set – recorded at the Montreux Jazz fest in 1973, and featuring one of the better McCoy Tyner groups of the time! The album's a key set in McCoy's stretching out after the passing of Coltrane – a record that draws strongly from his 60s spiritual heritage, but pushes nicely into the next generation – free, but never too free, and really filled with soul and spirit throughout! A key sound of the set comes from saxophonist Azar Lawrence – who plays both soprano and tenor on the date – and rhythm in the group is from Joony Booth on drums and Alphonse Mouzon on drums, both of whom really kick things into gar. Tracks are all pretty long, and titles include Tyner's 3 part "Enlightenment Suite", plus "Presence", "Nebula" and "Walk Spirit Talk Spirit".  © 1996-2021, Dusty Groove, Inc.