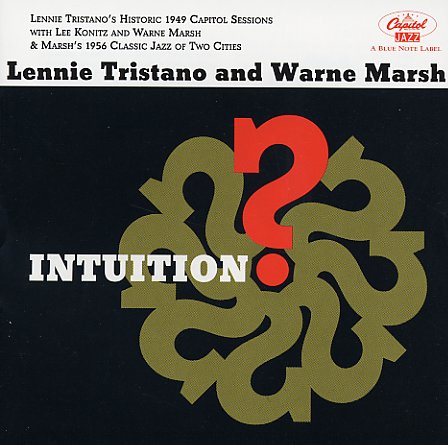 Classic modernist jazz from the 50s, long out of print in the US, and issued here in a beautiful CD that includes a huge amount of tracks and good notes on the material! Half of the CD is a reissue of Warne Marsh's rare Jazz Of Two Cities album, a killer two-tenor workout with an icy cool feel, and Marsh and Ted Brown heading up the frontline. Compositions were contributed by Brown, and by Ronnie Ball, who plays piano on the album – and tracks include "Smog Eyes", "Ear Conditioning", "Dixie's Dilemma", and "Quintessence". The other half of the material is culled from Lennie Tristano's late 40's recordings for Capitol, sessions that are often cited as the birth of the cool jazz sound, and which feature key members of the Tristano school, like Lee Konitz, Billy Bauer, and Marsh – who gives some of his earliest recorded work on the tracks. Titles include "Intuition", "Digression", "Crosscurrent", and "Marionette". Beautifully haunting stuff, and material that we're very excited to see reissued again!  © 1996-2022, Dusty Groove, Inc.
(Out of print.)