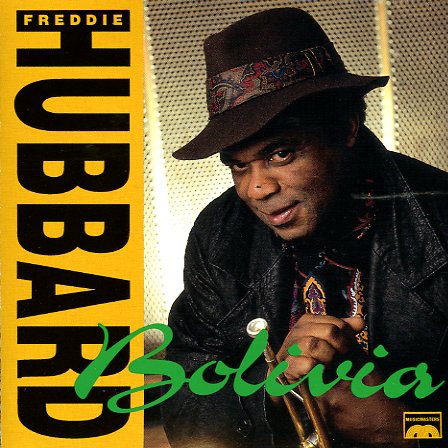 Ready For Freddie (RVG remaster edition)
Blue Note, 1962. Used
CD...$8.99
Moody genius from Freddie Hubbard – a really unusual album that stands out not only from some of his other Blue Note work of the 60s, but also from most of the rest of his catalog as well! Part of the album's uniqueness is its group – an unusual lineup with McCoy Tyner on piano, Wayne ... CD

Night Of The Cookers Volumes 1 & 2 (RVG edition)
Blue Note, 1965. Used 2 CDs
CD...$24.99
A landmark set for Blue Note – one that features Freddie Hubbard working in raw, firey, freewheeling territory – given space that few other players at the label were getting at the time! The two volume set features tracks recorded live at Club La Marchal in Brooklyn – and have ... CD

Hub-Tones (RVG remaster edition)
Blue Note, 1962. Used
CD...$11.99
An album with a classic modernist cover image – and one that's also got the same sort of sound to match – brilliant early work from trumpeter Freddie Hubbard, who's really coming into his own as a leader with this date! Freddie's really finding a voice here – a sharper edge than ... CD

Artistry of Freddie Hubbard (Impulse pressing)
Impulse, 1962. Used
CD...$6.99 8.99
A beautiful album that we'd rank as one of Freddie Hubbard's greatest recordings ever – a truly sublime set that's quite different than his Blue Note work of the 60s, and which really shows him emerging as a major talent on the trumpet! The set features a core sextet of key players – ... CD