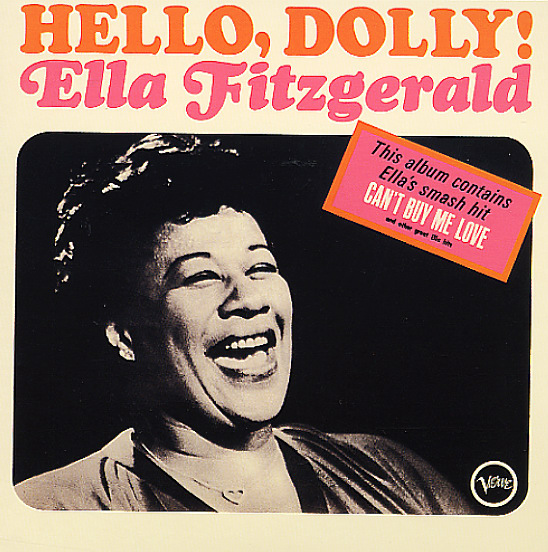 A definite shot at the pop market by Ella Fitzgerald – quite possibly recorded as a follow-up to the 60s success of former singing partner Louis Armstrong, who's referenced nicely in Ella's rendition of the title hit! The first 4 tracks on the set were done in the UK, under the leadership of arranger Johnny Spence – and the remaining 8 were done back on Ella's home turf, with familiar backings by Frank DeVol, and an overall sound that's a bit more lush than those on the British numbers. Includes a hit reading of "Can't Buy Me Love", plus "Hello Dolly", "The Sweetest Sounds", "My Man", "Volare", "The Thrill Is Gone", "How High The Moon", and "Lullaby Of The Leaves".  © 1996-2022, Dusty Groove, Inc.
(MGM pressing. Cover has light wear.)