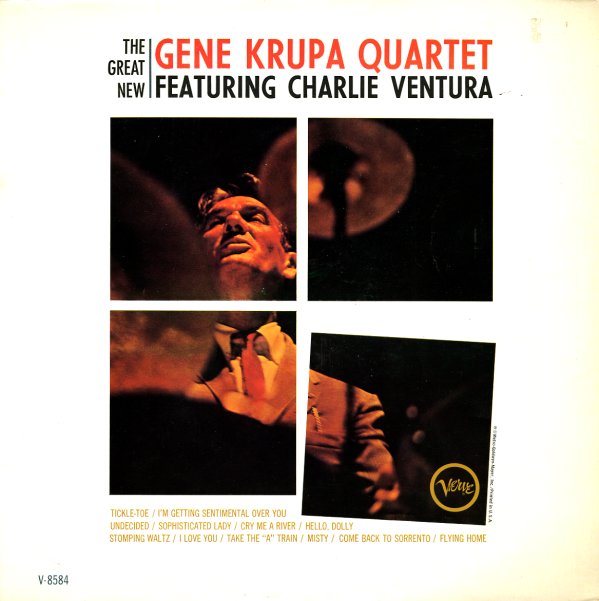 Second Big Band Sound Of Gene Krupa (aka Gene Krupa Plays Gerry Mulligan Arrangements)
Verve, 1958. Near Mint-
LP...$9.99
Gene Krupa and Gerry Mulligan – hardly a pairing that we would have thought of – but one that works surprisingly well here, and which showcases Mulligan's increasing fascination for larger group settings! The album features Gene on drums with a set of players that include Kai Winding, ... LP, Vinyl record album

Krupa Rocks
Verve, Mid 50s. Very Good+
LP...$16.99
An unusual album from Gene Krupa – not a rockish set, or even an R&B-tinged one – but a nice small combo set that features clarinet from the obscure Gail Curtis – a player with a lean, swinging sound that gives the record the feel of some of the Buddy DeFranco dates for Verve ... LP, Vinyl record album