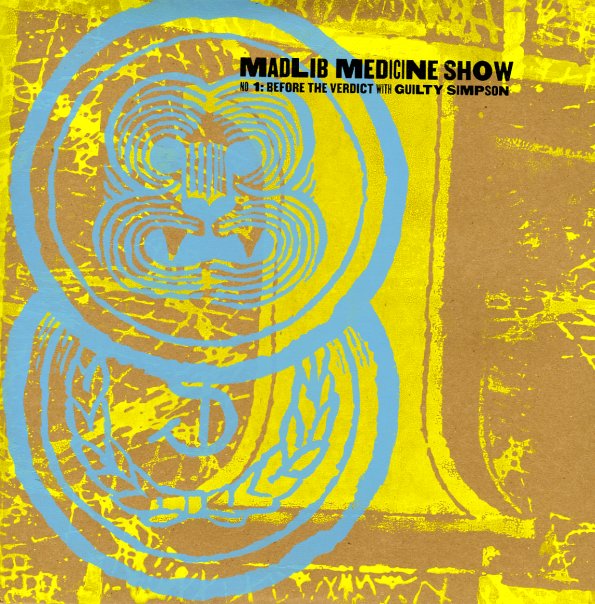 The first release in the Madlib Medicine Show series of releases from the prolific genius that is Madlib – this one a full scale collaboration with no nonsense rapper Guilty Simpson – sort of a prelude to Guilty's OJ Simpson LP with Madlib in the production booth! The set is a pretty sharp confluence of Guilty's heavy-toned street knowledge and Madlib's hazy funk atmospherics – kind of a strange bedfellows situation, but it works fully well! Many tracks are billed as OJ Simpson remixes, possibly tripped out and funked up versions as a taste of what's to come – with appearances by MED & J Dilla. Titles include "Ode To The Ghetto" (OJ Simpson rmx), "Yikes" (OJ Simpson rmx), "Further", "Lucky Guy", "Pigs" (OJ Simpson rmx), "Life Goes By", "The Paper", "Looking For Trouble", "Young Guns" feat J Dilla, "American Dream & Future" (OJ Simpson rmx) and more.  © 1996-2022, Dusty Groove, Inc.
(Limited edition. Please note image shown is from LP.)