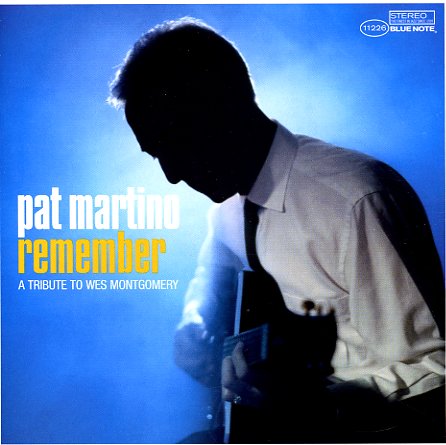 Remember – A Tribute To Wes Montgomery

With Pat Martino on guitar, David Kikoski on piano, John Patitucci on bass, Scott Allan Robinson on drums, and Daniel Sadownick on percussion. Tracks include "Four On Six", "Groove Yard", "Road Song", "If I Should Lose You", and "Full House".  © 1996-2022, Dusty Groove, Inc.
(Out of print.)

Consummation
Blue Note, 1970. Used
CD...$8.99
One of the greatest records ever cut by the Thad Jones/Mel Lewis Orchestra – way way more than a big band jazz session, and a fantastically hip batch of grooves that encompasses a wealth of styles! The Jones/Lewis group could sometimes sound a bit clunky and overhashed – but on this ... CD

Look Out! (with bonus tracks)
Blue Note, 1960. Used
CD...$6.99 (CD...$7.99)
One of the greatest Stanley Turrentine albums ever – a hard-blown session that's been one of our favorite Blue Notes for years! Turrentine's tone here is amazing – really raspy and earthy, with a quality that never shows up much in later recordings – a mode that's incredibly ... CD