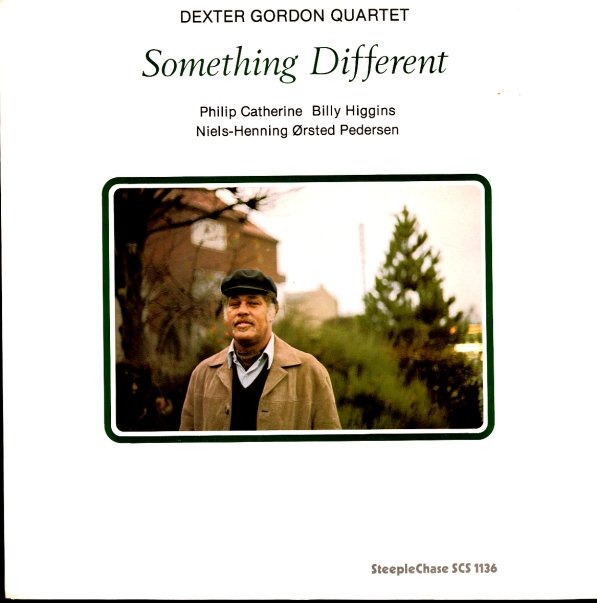 An unusual session for Dexter Gordon – with Philip Catherine on guitar, Neils-Henning Orsted Pedersen on bass, and Billy Higgins on drums.  © 1996-2023, Dusty Groove, Inc.
(US pressing. Cover has minimal wear and razor marks at the top right corner.)

Apartment
Steeplechase (Denmark), 1974. Near Mint-
LP...$14.99
A standout 70s set from Dexter Gordon – one that's a bit tighter than some of his longer-blown dates from overseas – and which almost sparkles with the same power as his 60s albums on Blue Note! The group here is nice and tight – with Kenny Drew on piano, Niels Henning Orsted ... LP, Vinyl record album

Generation
Prestige, 1972. Very Good+
LP...$9.99
One of Dexter's most solid albums on Prestige – and a great set cut at the Van Gelder studios with a rock-solid American lineup that includes Cedar Walton, Freddie Hubbard, Buster Williams, and Billy Higgins. The ensemble groove is a lot tighter than on some of Gordon's solo-heavy European ... LP, Vinyl record album

Lullaby For A Monster
Steeplechase (Denmark), 1976. Near Mint-
LP...$24.99
A nicely laidback European session, one that has Dexter blowing freely, with only bass and drum accompaniment. Tracks are mostly pretty long, and titles include "Tanya", "Born To Be Blue", "Nursery Blues", "Green Dolphin Street", and "Lullaby For A ... LP, Vinyl record album

Manhattan Symphonie
Columbia, 1978. Near Mint-
LP...$5.99
Later genius from Dexter Gordon – an album recorded upon his return to the US in 1976, and done in a style that breaks the bounds of some of his sessions in Europe! Gordon seems to take new life in the recording – moving past the simple role of main soloist on familiar tunes, and ... LP, Vinyl record album

Meeting Vol 1
Steeplechase (Denmark), 1976. Near Mint-
LP...$14.99
A great meeting of two generations of jazz – and one that really blows the top off some of Dexter Gordon's other European sessions of the time! The setting here is definitely one that's more a Gordon-based date – long tracks with rhythm backing from a trio with Kenny Drew on piano, ... LP, Vinyl record album