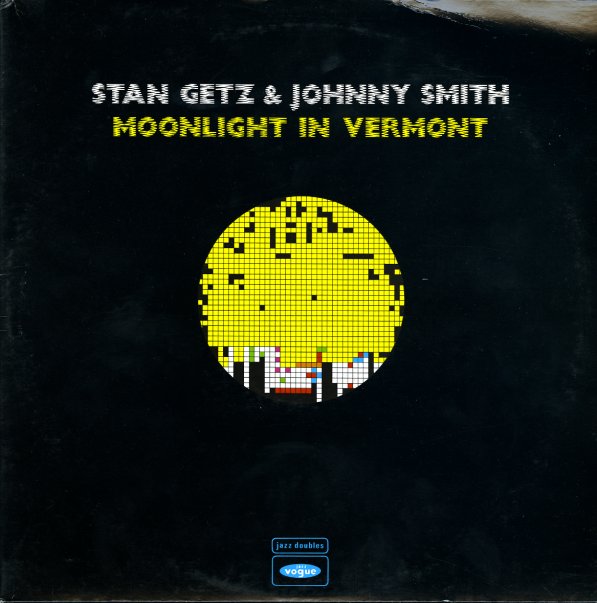 An album titled after a famous Johnny Smith album for Roost, but one that features material recorded for that label by both guitarist Smith and tenorist Stan Getz! Some tracks Getz in small combos with Al Haig and Horace Silver on piano, and with the Swedish All Stars – then the record moves on to feature a number of cuts where Smith and Getz play together – before moving into some trio material by Johnny too!  © 1996-2023, Dusty Groove, Inc.

Day In Paris
Vogue/Toho (Japan), 1953/1957. Near Mint-
LP...$19.99
Two different bop piano sessions, originally issued as 10" albums by the Vogue label – brought together here in a unique Japanese full length album! Side one features a rare Paris session from bop pianist George Wallington – recorded in 1953, when George was at the height of his ... LP, Vinyl record album

Jimmy Jones Trio (10 inch LP)
Vogue (France), Early 50s. Near Mint-
LP...$28.99
One of the few albums as a leader from pianist Jimmy Jones – a musician who was best known for his backing work for a few famous singers – but a player who really shines on this rare French session from the 50s! Jimmy's got a really great command of the keys – still that rhythmic ... LP, Vinyl record album

Tony Aless & His Long Island Suite
Roost, 1955. Very Good
LP...$28.99 39.99
One of the few albums ever cut as a leader by pianist Tony Aless – an unsung hero of the big band years, especially in the Woody Herman group – and a great arranger too! This set's an all-original outing – a suite of tracks dedicated to Long Island, and played by a very hip group ... LP, Vinyl record album