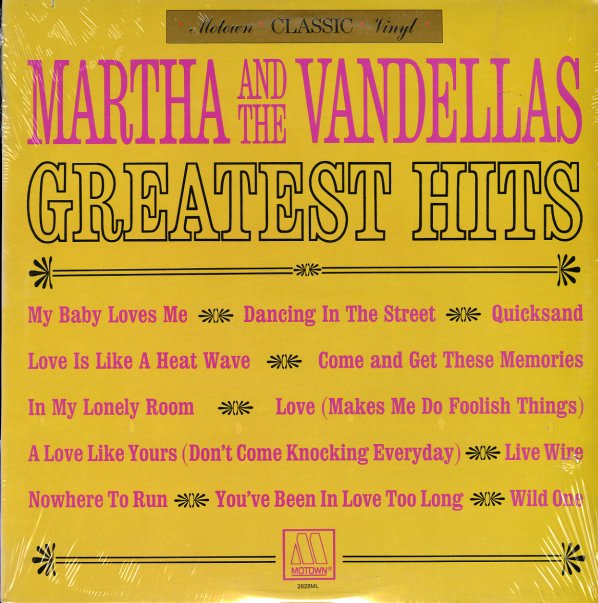 Titles include "Come & Get These Memories", "Love Is Like A Heat Wave", "Dancing In The Street", "Love Makes Me Do Foolish Things", "Nowhere To Run", and "A Love Like Yours".  © 1996-2021, Dusty Groove, Inc.
(Purple label Gordy pressing with deep groove. Cover has light wear.)