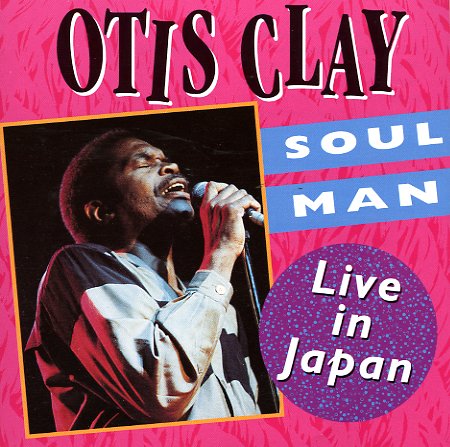 Otis Clay recorded live in Japan – working before a very appreciative audience, and hitting grooves that are right up there with his best 70s work on Hi Records! The sound is a bit looser than Hi – which is a nice change – and Clay's really in command on the set, leading the group with a strong sense of personality, and serving up great vocals with a strong deep soul feel. The grooves are filled with classic Memphis soul moments – and titles titles include "Hard Working Woman", "His Precious Love", "Love & Happiness", "Here I Am Baby", and "Love Don't Love Nobody".  © 1996-2022, Dusty Groove, Inc.
(Out of print.)