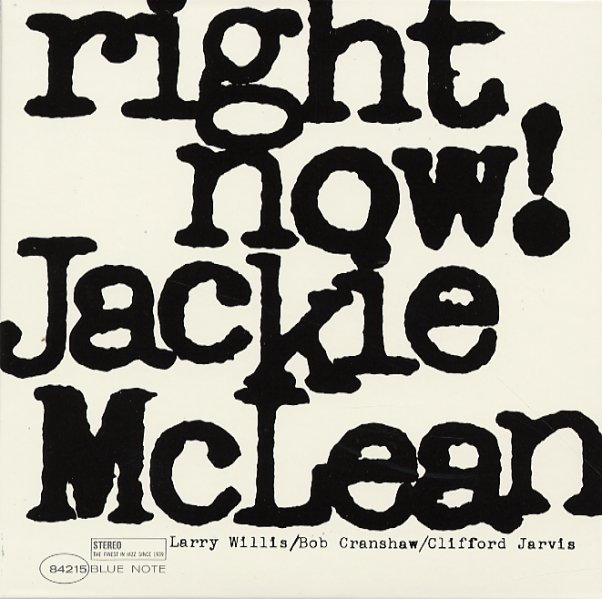 Great stuff, and one of Jackie McLean's best for Blue Note from the "new thing" period! The album features Jackie working out a wealth of new ideas, in a quartet that includes Larry Willis on piano, Bob Cranshaw on bass, and Clifford Jarvis on drums. Jackie holds down the frontline himself on alto, and the tracks are nice and long, with one composition by Jackie, and two by Willis – all in the exploratory mode of work on records like One Step Beyond. Tracks include "Eco", "Poor Eric", "Christel's Time", and "Right Now". Plus, the CD also features a bonus alternate take of "Right Now".  © 1996-2020, Dusty Groove, Inc.
(Out of print.)