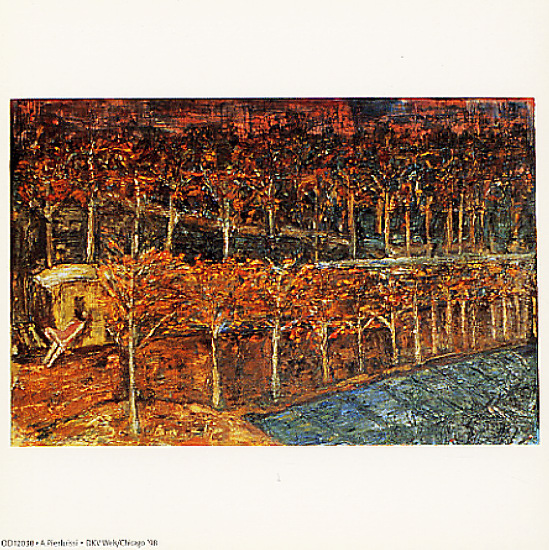 Back in the 90s, the DKV trio were one of the strongest forces in the Chicago improvising scene – a great group that featured Ken Vandermark on reeds, Kent Kessler on bass, and Hamid Drake on drums – working together with a really boundless sense of energy! This set has the group making a great appearance at the Wels Music Festival in 1998 – stepping out in a way that's a bit different than some of their previous recordings. At the festival, the trio played their incredibly haunting version of Don Cherry's "Complete Communion", drawn out into an extended suite, with the addition of the group's "Memory Sketch", in homage to Cherry. That set is paired here with some material captured on the group's home turf in Chicago – featuring 3 long improvised tracks recorded at Fred Anderson's Velvet Lounge. The Chicago material comprises a second disc in this 2CD set, and it includes the titles "Blues For Tomorrow", "Open Door", and "Burning Sky".  © 1996-2021, Dusty Groove, Inc.
(Out of print.)

Distinction Without A Difference (with bonus tracks)
Hat Hut/Corbett vs. Dempsey, 1980. Used Gatefold
CD...$9.99 (CD...$12.99)
Billy Bang has always been one of the most incredible players on his instrument – a jazz violinist who could take the strings into freely creative territory, yet also somehow manage to swing – a balance that nobody ever seemed to manage as well as Bang! And while Billy's work in groups ... CD

Beginning Of A New Birth/As Time Flows On
Now Again, Mid 70s. Used 2 CDs
CD...$9.99 (CD...$11.99)
A lost legacy in spiritual jazz – two albums recorded by a Boston group who worked far from the limelight in New York – in a very underground scene where they recorded these two very special albums in the 70s! Their sound is very collaborative and freewheeling – an approach that ... CD