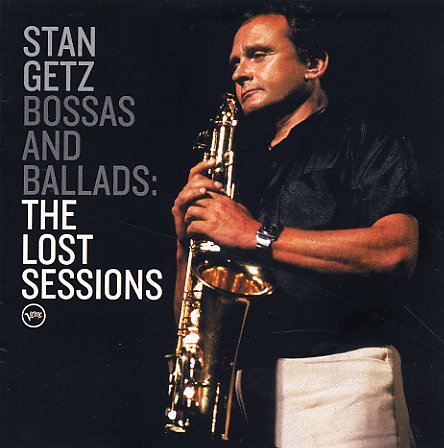 A lost late session by Stan Getz – and one of his greatest recordings of the 80s! The album's got the simple elegance of some of his best Verve work – with a group that features Stan on tenor, Kenny Barron on piano, George Mraz on bass, and Victor Lewis on drums. The combination of Barron and Getz is magical – with a laidback soulfulness that takes us back to the days of Sweet Rain, Voices, and some of our favorite Getz sessions from the 60s. Tracks are all quite long – most well over 7 minutes – with a simple, unfettered approach that offers Stan in all his lyrical beauty. Recorded in 1989 – but oddly never issued until now – and a real treasure all the way through! Titles include "Beatrice", "Spiral", "Sunshow", "Joanne Julia", "Soul Eyes", and "El Sueno".  © 1996-2021, Dusty Groove, Inc.
(Out of print. BMG Direct pressing.)