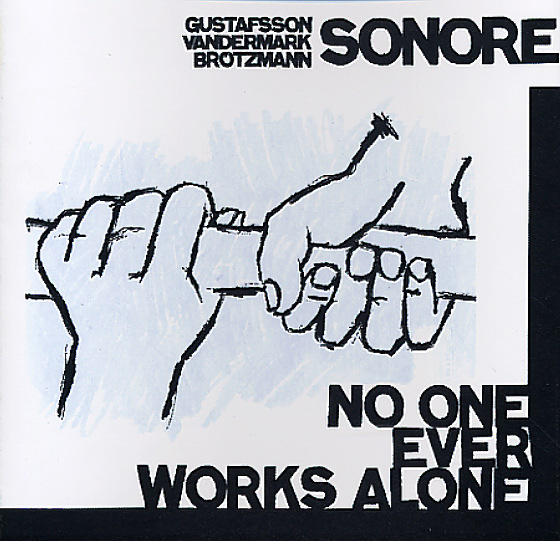 No One Ever Works Alone

Also available
Sonore (Gustafsson/Vandermark/Brotzmann) — No One Ever Works Alone ... CD 9.99

A mighty mighty album that recalls the glory days of the FMP scene – a triple-talent terror that features the massive reed work of Mats Gustafsson, Ken Vandermark, and Peter Brotzmann! Given that Gustafsson and Vandermark are the two key heirs to the sound that Brotzmann first forged back in the 60s and 70s, the pairing is a perfect one – and somehow, the trio manage to find even more strength, energy, and creativity working together on this set than on any of their recent pairings. Tracks are spare, improvised, and beautifully creative – and titles include "Elements Of Refusal", "Broken Hymn", "Hammer Requiem", "Blessed Assurance Uninsured", "No One Ever Works Alone", and "Death Can Only Kill Me Once".  © 1996-2021, Dusty Groove, Inc.

Moonlight In Vermont
Roulette, 1952/1953. Used
CD...$6.99
A beautiful document of some of the most laidback jazz ever recorded – the sublime 50s recordings of the Johnny Smith group, done at a time when the lineup included Stan Getz! The tunes on the set feature Johnny's mellow electric guitar setting the pace, alongside wonderfully-blown early ... CD