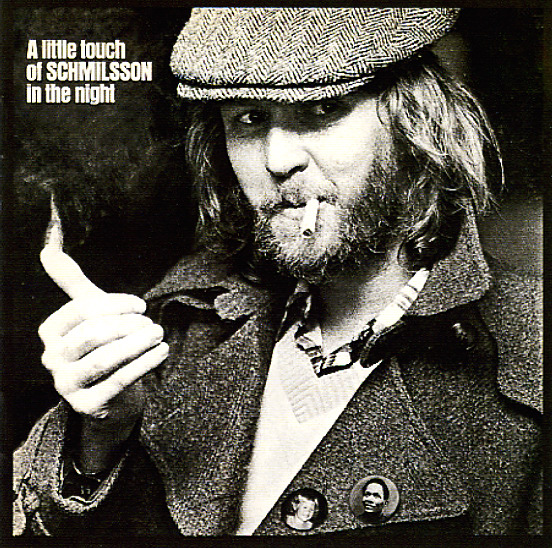 Little Touch Of Schmilsson In The Night

A big, lush and moody set of standards by the great Harry Nilsson – with Harry's charismatic, unrivaled vocals in peak form – and add just a little touch of the oddball touches he was most famous for to that point! At this point in the early 70s, probably the least hip thing a singer could do would be to hire a a grand pop composer and an orchestra to record a set of standards, but ever the vocal trailblazer, that's what Harry did and it works magically. Gordon Jenkins conducted, and titles include Nilsson's takes on "Lazy Moon", "For Me And My Gal", "It Had To Be You", "This Is All I Ask", "As Time Goes By" and more.  © 1996-2023, Dusty Groove, Inc.
(Early 80s black label pressing in a non-gatefold Best Buy Series cover.)