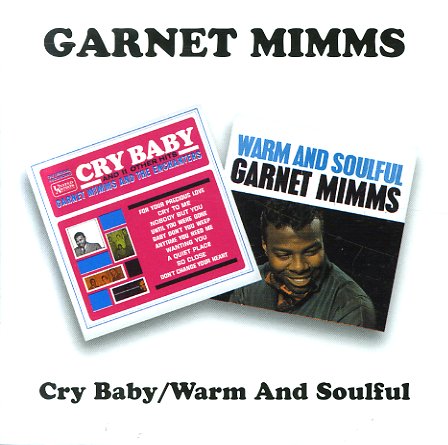 2 brilliant albums from Garnet Mimms – one of the greatest soul singers of the 60s, and an artist you can never have enough of! Garnet's albums from the 60s are all great – and unlike his contemporaries, he always recorded full LPs with all great songs, a wealth of original material, and not a bit of filler. This means that the set's got 26 tracks that may well be a "best of" for Garnet – as each track sparkles as much as the next, with Garnet's roughly-hewn vocals stretching out over sweet uptown arrangements by Jerry Ragovoy and Garry Sherman. We couldn't hope for a better batch of 60s soul tunes – and titles include "Don't Change Your Heart", "Looking For You", "It's Just A Matter Of Time", "One Girl", "Baby Don't You Weep", "So Close", "Anytime You Want Me", "There Goes My Baby", "A Little Bit Of Soap", "Quiet Place", "Cry To Me", "Until You Were Gone", "Anytime You Want Me", "Thinkin", and "Prove it To Me".  © 1996-2021, Dusty Groove, Inc.