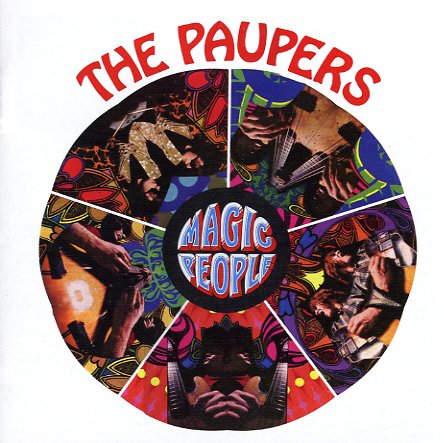 Great great work by The Paupers – essentially a 60s folk rock combo, but one with a really groovy sound! The group come up with loads of great guitar interplay on the session – jangling acoustic and electric together in a style that comes up with some nice hippie and eastern edges – and which means that even on the vocal tracks, the album's got an instrumental charm that kind of links it to some of the hipper rock/jazz crossover projects on labels like Verve and Impulse at the time. Most tracks do have vocals, in a style that ranges from Sunshine Pop to folksy – and the whole album's pretty darn great, filled with tracks that include "Let Me Be", "Magic People", "It's Your Mind", "Black Thank You Package", "Simple Deed", and "Tudor Impressions". This edition includes 2 bonus tracks: "Like You, Like Me" and "Sooner Than Soon".  © 1996-2021, Dusty Groove, Inc.