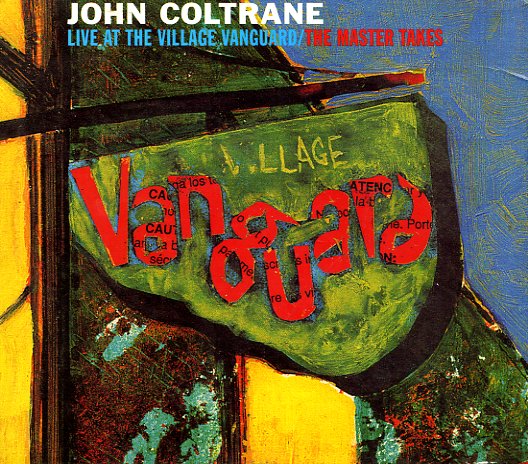 Sublimely spiritual work from the great John Coltrane – a live album, but one that's easily one of his most important contributions to music in the early 60s – and a set that we'd rank right up there with his best studio sides for Impulse or Atlantic Records at the time! The group here features McCoy Tyner on piano, Reggie Workman on bass, and Elvin Jones on drums – plus the very important addition of Eric Dolphy on the leadoff tune "Spiritual" – a number that features Dolphy on bass clarinet alongside Coltrane's tremendous tenor, as both players open up on extended solos that take the tune to nearly 14 minutes in length! Other numbers omit Dolphy, but are still totally great – and Coltrane picks up the soprano sax for a classic reading of "Softly As In A Morning Sunrise" – and the group shifts slightly for the freer "Chasin The Trane", a 16 minute romp done with only tenor sax, drums, and bass – the latter of which is handled here by Jimmy Garrison instead of Workman.  © 1996-2021, Dusty Groove, Inc.
(Out of print. Digipak has light wear.)

Sun Ship
Impulse, 1965. Used
CD...$6.99 (LP...$25.99)
Soaring work from the legendary John Coltrane Quartet – a session that was incredibly far-reaching for the time, and which originally was unissued until after the time of Coltrane's death! The record's got the group really pushing forward strongly – hitting a Love Supreme mode, but ... CD