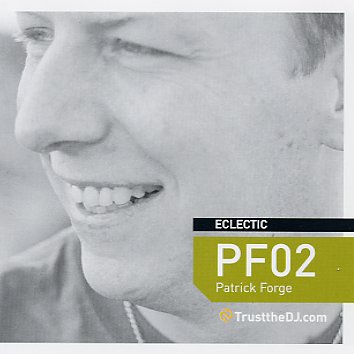 Sweet jazzy funk from the godlike hands of Patrick Forge – one of the biggest influences on the Dusty Groove sound over the past decade, and a DJ that we rank right up there with Gilles Peterson! Patrick's second set of tracks for the Trust The DJ series is even sweeter than the first – a warm mix of soul, jazz, and club styles – the best of the underground, presented non-stop back to back, as you'd hear if you were lucky enough to catch Patrick at one of his famous London gigs. Titles include "Uam Uam" by Povo, "I Am With You" by Hajimi Yoshizawa featuring Chris Franck, "The Dance" by Blaq & Wright, "Betcha (Fireworx rmx)" by Izzi Dunn, "Golden (Bugz In The Attic mix)" by Da Lata, "Berimbal Capoiera (Da Lata rmx)" by Grupo Batuque, "Torch Of Freedom (DJ Patife & Madzoo mix)" by Cleveland Watkiss & Source, and "Felicidad Nova" by John Beltran.  © 1996-2021, Dusty Groove, Inc.
(Out of print.)

Whipped Cream & Other Delights – Re-Whipped
A&M/Shout Factory, 1960s/2006. Used
CD...$9.99
A surprisingly great take on the Tijuana Brass sound of the 60s – one that offers up new remixes of classics, but which is nicely respectful of the original Herb Albert groove! Unlike other remix projects of this type, which sometimes clutter up the tracks with too many extra bits – or ... CD

Kutiman
Melting Pot (Germany), 2007. Used
CD...$8.99
Fuzzy, funky work from Kutiman – his first full length album, issued after a great run of earlier singles! The set's got a really great mix of modes – bits of Afro Funk, American Soul, and some more contemporary, trippier touches – all filtered together nicely with that sharp-edge ... CD