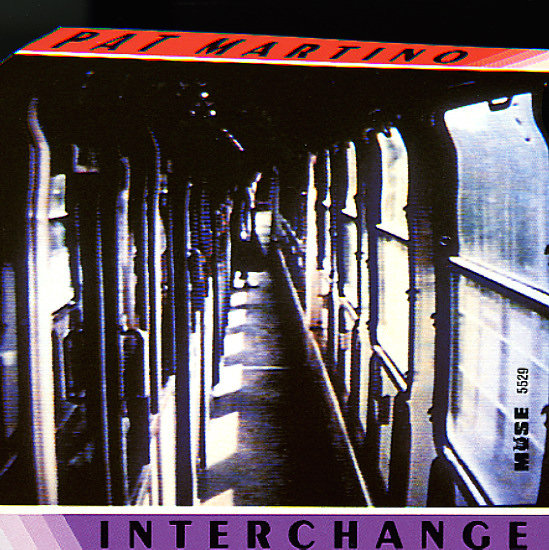 Later work from Pat Martino, but a set that shows that the guitarist has lost none of his fire over the years! The set's done with a relatively freewheeling sound – not free, but open, as Martino spirals out wonderfully with some very creative solo lines – often quite extended, and filled with the sort of rapid-fire creativity we've always loved in his work. The group on the date is a quartet – with James Ridl on piano, Marc Johnson on bass, and Sherman Ferguson on drums – but most numbers feel very dominated by Martino's guitar, which is a good thing by us. Titles include "Black Glass", "Interchange", "Just For Then", "Blue In Green", and "Catch".  © 1996-2022, Dusty Groove, Inc.

Remember – A Tribute To Wes Montgomery
Blue Note, 2006. Used
CD...$4.99
With Pat Martino on guitar, David Kikoski on piano, John Patitucci on bass, Scott Allan Robinson on drums, and Daniel Sadownick on percussion. Tracks include "Four On Six", "Groove Yard", "Road Song", "If I Should Lose You", and "Full House". CD

Oracle
Muse, 1995. Used
CD...$6.99
Cindy Blackman's one of those players who always surprises us with her music – coming across with a lot more to offer than just her unique role as a girl drummer in jazz – sounds so bold, we instantly forget her gender and pretty image on the cover, and always just let ourselves get ... CD

Night Out
Muse, 1990. Used
CD...$6.99
A great little groover from bassist Michael Logan – a player originally from Chicago, and one with a really classic sort of feel! Logan brings a warm, round sort of feel to the record – one that has the bassman guiding things beautifully from the bottom – ensuring that the ... CD