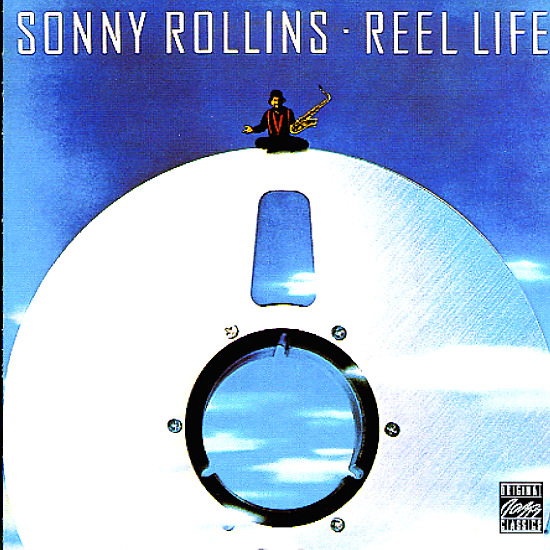 An overlooked Sonny Rollins set from the early 80s – one that has him recording with a fair bit of guitar, but still staying very much in his best form as an improviser! The group here features both Bobby Broom on electric guitar, and Yoshiaki Masuo on acoustic and electric – both players who get in plenty of sound during the set, but always as a follow-up to Rollins' bold tenor voice in the lead. Remaining group members include Bob Cranshaw on electric bass and Jack DeJohnette on drums – and although the electric strings might normally make for a smooth sort of record, Sonny's sharper sound still brings plenty of edge – even when the rhythms of a few tunes get a bit bright. Titles include "My Little Brown Book", "Reel Life", "McGhee", "Rosita's Best Friend", and "Best Wishes".  © 1996-2023, Dusty Groove, Inc.
(Out of print and still sealed. Small cutout hole through case and rear artwork.)

Explorations
Riverside/OJC, 1961. Used
CD...$5.99
The Bill Evans trio with Scott LaFaro on bass and Paul Motian on drums – a near-perfect lineup that forever raised the bar for jazz piano expression! The title here is certainly apt – because even though many of the tunes are shortish, Evans has a sense of exploration in the way he's ... CD