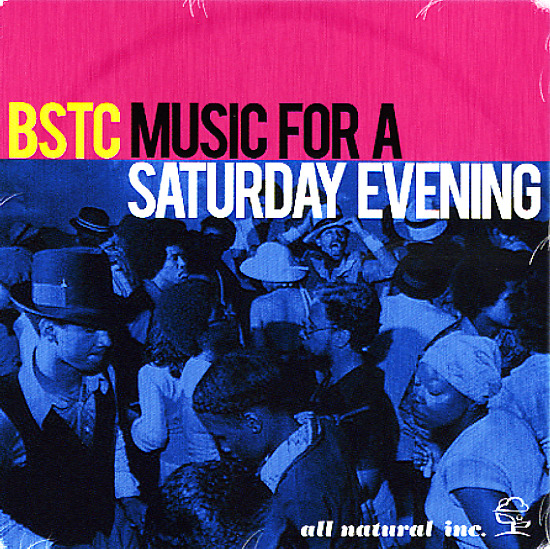 Music For A Saturday Evening

Modern club ready soul from BSTC – a diverse blend of of group soul, electronic flourishes, instrumentals and vocal tunes – tracks that reach back to disco, house and even a bit of bossa – and a sweet little departure for the mostly Chi hip hop oriented All Natural Inc! BSTC does a pretty tight job of blending band based grooves and studio built vibes – Andy C & Tunji handle lots of the instrumentation and production – with loads of breezy keys, synth bass and beats and soulful rhythms – some tunes with additional horns and vocals. Very fresh stuff that timelessly blends the soul grooves of the 70s onward! 14 tracks on the CD: including "BSTC", "Love It" feat JL, "Get It" feat Keanna Johnson, "Venus And Mars", "Fly Away" feat Keanna Johnson, a nice take on Tom Jobim/Astrud Gilberto's "Aqua De Beber", "Love And Lust" feat Russoul, "Suffering And Smiling" feat Yaw, "Jazz In Outerspace", "Mr AC" feat ZZAJE & Low Down Brass Band and more.  © 1996-2022, Dusty Groove, Inc.
(Out of print, punch through barcode.)