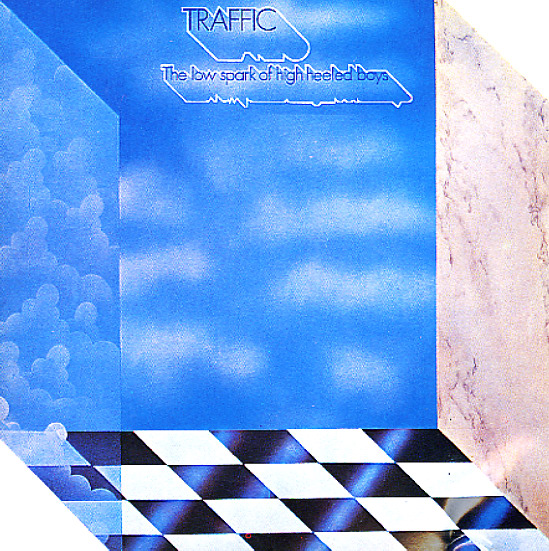 Also available
Traffic — Low Spark Of High Heeled Boys ... LP 13.99
A huge album from Traffic – a set that was first given to the world in a strange-shaped cover – which seemed to grace countless record collections back in the 70s! The group is expanded to a sextet here – with bass from Rick Grech and percussion from Rebop Kwaku Baah – both of whom really flesh out the sound in wonderful ways – adding more bottom and heft to the musical ideas here from Steve Winwood and Jim Capaldi, the latter of whom gets to shine on vocals on two tracks too! As usual, the reeds from Chris Wood really send the whole thing home – and titles include "Rock & Roll Stew", "Rainmaker", "Many A Mile To Freedom", "Hidden Treasure", and "Light Up Or Leave Me Alone".  © 1996-2022, Dusty Groove, Inc.