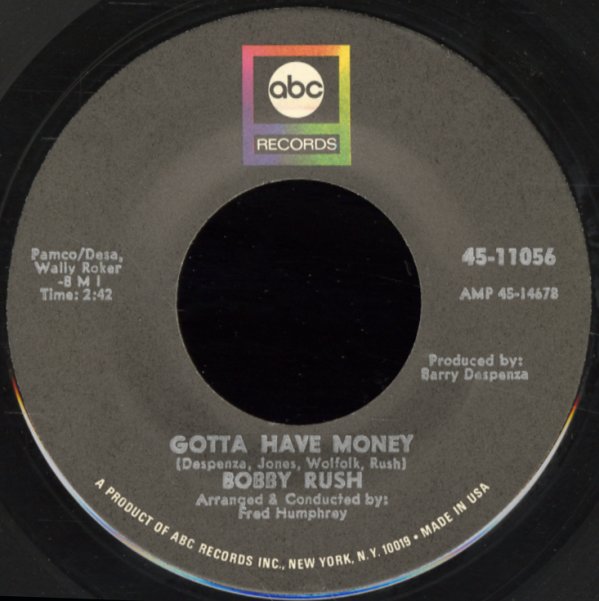 Funky funky Bobby! "Gotta Have Money" is a fast bluesy number – done in a fast vamp mode, one that really works well with Bobby's vocals, and gives the tune an almost sock-boogaloo style. "Camel Walk" is the real groover though – with bass picking around a nice complicated groove, very jumping in that "camel walk" mode from the late 60s!  © 1996-2021, Dusty Groove, Inc.