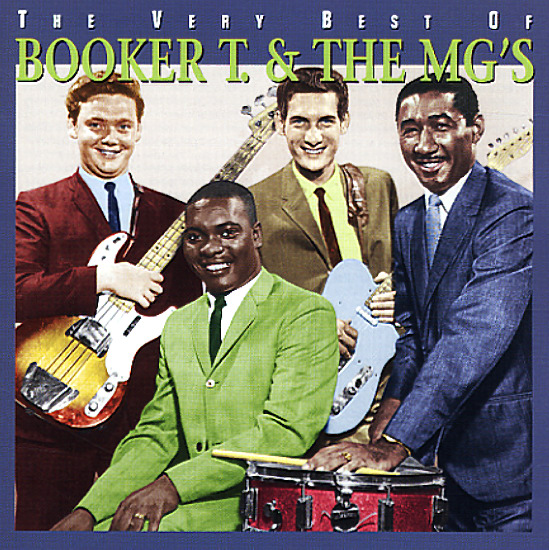 What can we say? Booker T and crew are always tops in our book – and this album's as strong a batch of their classic singles as you'll ever find! Book's organ is the sound of a generation, and Steve Cropper's sinister vamping on guitar gives even the poppier tracks a hard edge that still sends shivers down our spine! The set's got 16 tracks than run the gamut of the group's years at Stax – including "Green Onions", "Soul Dressing", "Boot-Leg", "Hip Hug Her", "Mo Onions", "Soul Limbo", "My Sweet Potato", "Slim Jenkins Place", "Time Is Tight", "Slum Baby", and the amazing jazzer "Melting Pot".  © 1996-2021, Dusty Groove, Inc.

Modern Sounds In Country & Western Music
ABC/Rhino, 1962. Used
CD...$3.99
A classic! What seemed a silly idea at the time was true proof of Ray's genius, and the result was the most successful album of his career – and a bona-fide number one hit that rode the charts for years and years! Ray's voice works perfectly with the material, and thanks to soulful ... CD