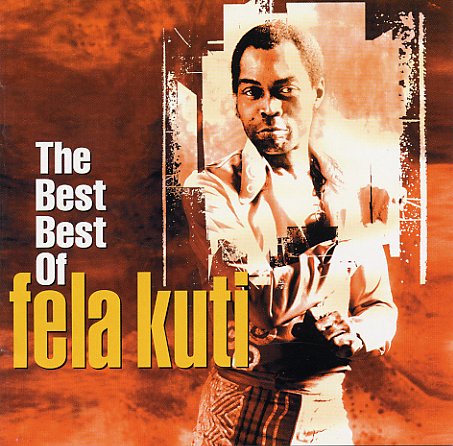 A great place to start with Fela! This 2CD set features the "best best best best" of Fela's classic mid 70s recordings – and it includes a total of 13 cuts, with some of them obviously edited down to shorter takes than the extended ones that appear on the full LPs. With all the Fela material out there on the market these days, this set's a very welcome addition – as it offers up a very strong sampling of some of his best work, and includes many classic titles like "Army Arrangement", "Lady", "Shakara", "Gentleman", "Zombie", "Water No Get Enemy", "No Agreement", "Roforofo Fight", "Coffin For Head Of State", "ODOO", and "Sorrow, Tears, & Blood". 158 minutes of music!  © 1996-2022, Dusty Groove, Inc.
(Out of print.)

Fight To Win
MCA, 2001. Used
CD...$1.99
Fela's funky son is back – sounding more soulful than ever! The album's a great one – an incredibly solid effort that's light years beyond Femi's first two LPs – spanning a globe of grooves with one foot in his father's Afro Funk tradition, and another in the future of soul, hip ... CD